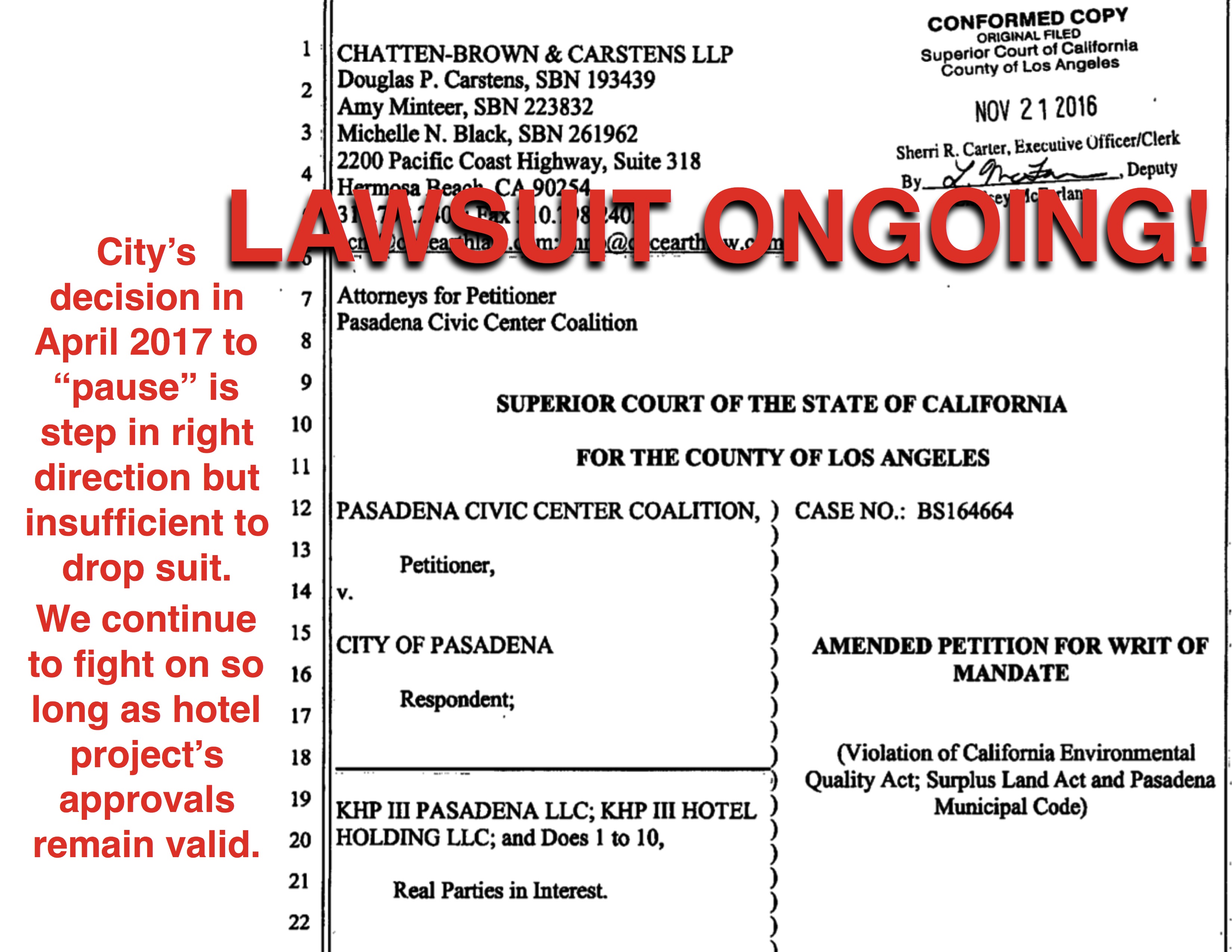 Lawsuit to save Civic Center is still ongoing

What can you do to help?

On August 15th, Pasadena City Council cast another vote in their ongoing scheme to sacrifice the integrity of the Civic Center by demolishing the public parkland—the Sister City gardens & trees—in order to rehabilitate the YWCA and build a 5-6 story hotel with its REAR facing city hall. This required the City of Pasadena to declare that the parkland (i.e. the Sister City gardens & trees) are "Surplus Property" and are not currently useful or in the process of being used as public property. (!!)
Following the Aug 15th vote, we filed a lawsuit to challenge their approval of the EIR (Environment Impact Report) and Surplus Land declaration.
Please DONATE to help fund the lawsuit!
In addition, the City Council still has to take a public vote to approve the Lease Agreement between the City and the hotel operator.  That item will be added to Council's agenda on a Friday afternoon, and we'll have 3 days to spread the word.

Please plan on keeping a eye out for a last-minute alert.  The City Council will take another vote on the lease on some Monday night in March (maybe April).

Get a head start: Email the City Council

When you send your email, be sure to cc the City Clerk so that it gets put into the record: cityclerk@cityofpasadena.net