In Civic Center, Pasadena must protect its unique sense of place: Guest commentary 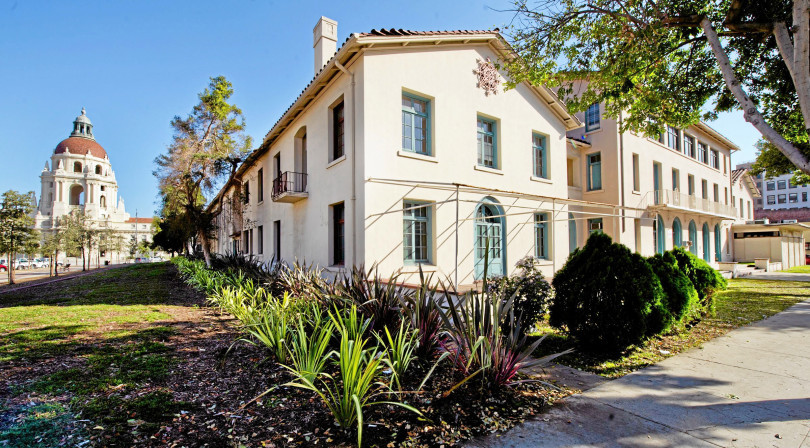 Article published by the The San Gabriel Valley Tribune.

Nearly a century ago, Mayor William Thum exhorted Pasadena residents to join “the great forward civic movement” by approving a plan for a group of civic buildings that would serve as a “joy to the people” and “become known far and wide.”

The voters responded, passing a $3.5 million bond issue to pay for the construction of three iconic public buildings that we now enjoy: the City Library, the Civic Auditorium and our magisterial City Hall.

Along with the YMCA and YWCA, these buildings form the perimeter of a grand civic commons that indeed delights Pasadena residents and gives our city its unique sense of place.

Now, however, there is a proposal before the City Council that would drastically alter the heart of our city — a change that is drastic change to the civic core that some say is badly out of step, if not a giant step backward, from the people’s original vision.

I am talking about the proposal by the Kimpton Hotels & Restaurant to lease the YWCA — located across from City Hall, on the western edge of the Civic Center — for a boutique hotel.

When the city first approved the project in 2013, it did so out of economic need.

The high-end hotelier stepped forward, agreeing to put up the millions needed to rehabilitate the historic Julia Morgan-designed YWCA building, which sat abandoned for two decades until the city bought it from an absentee owner for $8.3 million in 2012.

In return, the city agreed to give Kimpton a 99-year lease to create and run a boutique hotel within the structure’s scale and footprint. The city figured to recoup its original investment and create a revenue stream through rent on the ground lease and hotel taxes.

Although not ideal, this was a tolerable solution, especially coming in the wake of the Recession.

Yet unlike the 1923 bond vote, which reflected the will of the people, this has morphed into a developer-driven deal. As the developer’s needs and desires changed, so did the scope and scale of the project.

Last August, Kimpton’s financing affiliate, KHP Capital Partners, told the council that for the project to pencil out, it needed the number of rooms to be 181.

The council was also told the number of rooms necessitated the construction of a six-story building so massive it would intrude into the Civic Center, violating its carefully planned balance and proportion.

The City Council grit its teeth and went along, figuring it was a necessary tradeoff for the new revenue stream the developer promised.

Now even that promise is gone.

Citing a vague 64% increase in construction costs, KHP is asking the city to grant the hotel a 50-year subsidy on the lease—50 years rent free! That means forfeiting $7 million of revenue over the first 20 years alone. KHP also wants to keep all the revenue generated from the 136 city-owned parking spaces the city was counting on as well. The parking represents the handing over of $3.7 million over the same 20 year period.

Shocked at the change, I asked for, and my council colleagues graciously agreed to, a pause in the project so we could think it over. It comes back before the City Council on May 22 for a vote.

Many believe this deal as last presented no longer makes sense. I agree that it is a bad deal for Pasadena. It’s my hope that the developer has taken advantage of the pause to bring back a better financial deal and one in keeping with our vision for the Civic Center.

Although the city certainly faces its budget challenges, we should not feel compelled to make Faustian bargains that compromise the grace and dignity of our urban spaces — the very aspects that have drawn people here for more than 100 years.

Thanks to the sacrifice and vision of Pasadena leaders like Mayor Thum, we’ve inherited a civic jewel. And we’ve done a very good job over time of keeping faith with their confidence in future generations.

We have made Pasadena a desirable place to live, work and play by honoring our traditions and taking the same deliberative care to preserve the character of our residential neighborhoods.

We can’t let short-term economic expediency of the city or developers to dictate the long-term look, feel and use of the city, especially its most famous public space.

The Kimpton project has hit a nerve: People are anxious about development. They worry that developer-driven projects threaten Pasadena’s sense of place. If this KHP deal falls apart, I firmly believe that returning to our Progressive Era roots of community-driven planning will give us the best – and most elegant — solution for how to save and repurpose Julia Morgan’s historic YWCA.

It will also be the best way to protect our sense of place and make sure Pasadena continues its “great civic movement forward.”

Victor M. Gordo is a member of the Pasadena City Council, representing District 5.